Top best marble deposits in the world: an overview of the best marble

Top best marble deposits in the world. What associations does the word “marble” evoke? White, shiny, noble. This is the first thing that comes to mind for most. Perhaps the translation of this word from ancient Greek or the ubiquity of light stone left its mark.

But there are hundreds of marble deposits in the world. And in each of them – a unique variety of its color and depth of characteristic shades, thickness and frequency of veins, degree of graininess and pattern features. Only one of the popular associations is suitable for all of them – “noble”.

We will look at the most famous varieties of marble, look into the marble deposits of different countries and show how multifaceted this stone can be. This article may interest you

Guide to Materials for Kitchen Countertops with plus and cons

The two most famous Italian marbles are Carrara and Calacatta. But under these two names, there are more than 20 species that are isolated for commercial purposes.

On the Italian deposit of the same name, marble of various colors is mined – soft white, with veins and striped, yellowish, and a wide range of gray shades.

The most popular stone of this family has a uniform light gray color and a uniform pattern of neat gray veins. They visually make the stone a little darker.

Among the most expensive types of Carrara marble is Bianco Carrara Extra. A very rare stone with a predominant snow-white tint. It is decorated with rare gray blotches and a minimum number of veins.

World-renowned Carrara marble became the basis for such masterpieces of architecture as the Temple of Apollo Palatine, Trajan’s Column, and the Roman Pantheon.

Marble from this deposit is an “extra” class stone, which, along with a refined appearance, is distinguished by high strength. The Calacatta group consists of marble in white, light gray, and beige shades with graphic veins and interspersed with different thicknesses.

The most valuable types are Calacatta Vagli, a snow-white stone with clear ornate veins of gray shades, and Calacatta Gold, the purest white color of this marble adorns the natural pattern of golden color. Spanish marble, mined in different provinces of the country, also has its own characteristics, colors, and characteristic patterns. But their common property is steadfastness under temperature extremes, constant high humidity, and exposure to aggressive environments. He is eternal.

The most sought after of the Spanish marbles is mined in the southeast of Spain. Emperador Dark has a deep brown color and a generous pattern of yellowish veins and inclusions. Contains inclusions of manganese, calcite, and iron carbonate.

The most popular facing tiles from Imperador Dark. Despite the dark base color, it does not make the room gloomy. Visually facilitates the tile with a light pattern, which consists of large elements and is located over the entire surface of the stone.

Delicate beige marble from Pinoso (Alicante) is very popular in design circles. The soft warm tones of the stone with neat veins are easily combined with most interior solutions.

The wavy layers of the rock leave their mark in the form of a slight waviness of the pattern, which is formed during polishing.

The stone is sold in more than a hundred countries. In places with a temperate climate, Crema Marfil is actively used in the design of facades. In other climatic conditions – for interior cladding, in the manufacture of countertops, window sills. This article may interest you

The country, filled with bright colors, is rich in unique shades of marble. Bright, saturated with a pattern, as if created by an artist.

The hardest of all green marbles are mined in different countries. Dark emerald shades amaze with their depth. Even more, saturated color veins combined with light blotches create a truly rich color.

Verde Guatemala lends itself well to mechanical processing. Therefore, it is actively used in the design of buildings and interiors, where luxury is the main focus. Deposits of green Indian marble are concentrated in the southwest of the state of Rajasthan.

Dark streaks from gray-blue to chocolate “float” in beautiful curves on the light-beige background of the marble, close to a milky shade. The pattern resembles streams of water flowing along a winding mountain channel, which delights many designers.

The stone is excellent in facing aprons, and partial wall decoration, widely used for floors, and stairs. Marble has been mined in our country since the 4th century BC. Carpathian stone from the marble-bearing province was closely used in the construction of the temples of Kievan Rus (X-XII centuries), as it demonstrated high strength and beauty.

But deposits that are being developed on an industrial scale are few in Ukraine. The main one, “Tribushany”, is located in the Transcarpathian region.

The color scheme includes white, cream, and cream gray (main volumes), as well as green and black marble (small volumes). The stone differs in frost resistance, high durability, and the minimum coefficient of water absorption. It does not show microcracks.

It is used in construction, in the manufacture of mosaic floors, and facing and paving slabs.

Marble crushed stone produced under this brand also has a wide range of shades – from milky gray to rich beige with reddish blotches. But it is even stronger and more durable.

The main direction in use is self-leveling and mosaic floors, the production of artificial stone and plaster. The Ural deposits are being developed most actively, although there are numerous other quarries in the country. The most famous species are Koelga and Ufaley.

Delicate white color with delicate gray patches. It has a few veins with a clear graphic pattern. Rather, blurry transitions of shades. Fine-grained and medium-grained marble looks like the famous Italian Bianco Carrara, only it has a more affordable price. Due to this, it is popular in the world market. It is cold hardy and durable.

Facades, walls, floors, and stairs are faced with this stone, and window sills, countertops, and landscape design elements are made. The outer cladding of the Cathedral of Christ the Savior is made of Koelga marble.

The stone is durable, and characterized by low abrasion, so it is well suited for flooring, facade, stairs, and interior solutions. Many Moscow metro stations are decorated with Ufaley marble.

The Largest Deposits Of Marble

In terms of marble production, the country occupies the first position in the world ranking. 27 deposits are being developed here in different provinces

Guangxi is one of the most famous Chinese provinces with large-scale marble mining. Slabs and other products from polar colors – white and black – are produced at the full cycle production.

The deposit, located in the city of the same name in the Tuscany region, has been used since the time of Ancient Rome. Then white marble began to be actively developed and used in architecture.

Today, large-scale developments are based on highly mechanized mining enterprises with well-established transport infrastructure. From here, the stone is transported to numerous stone processing plants and successfully sold to different countries. 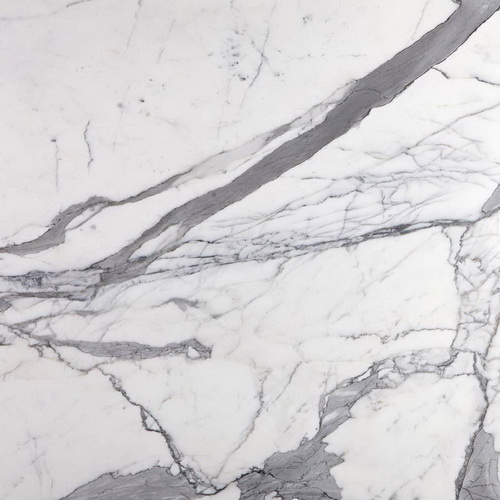 In terms of total marble production, India competes with Italy. The main deposits are concentrated in the northwestern part of the country, the state of Rajasthan. The most valuable, green Indian marble, is mined in the southwestern part of the state, in the areas of Udaipur, Dungarpur. Mining is carried out on an area of ​​520 hectares, where more than 400 quarries have been developed.

The island of Thassos has the speaking name “Marble”. So dubbed it thanks to 12 quarries in which three types of white stone are mined. The history of Tasos quarries began more than 20 centuries ago. Today, the breed is actively used in construction and architecture. Exported to different countries.

The Spanish province of Alicante, located south of Madrid, is world-famous for its soft cream marble. Crema Marfil. Development is a multi-level system that provides the entire production cycle – from blasting to stone processing.

It is located in the quarries of the Etkulsky district of the Chelyabinsk region. Mining at Koelga began in 1924 at the first quarry discovered. Today, the development area is about 16 km2. Works are carried out with a full production cycle on modern Italian equipment. 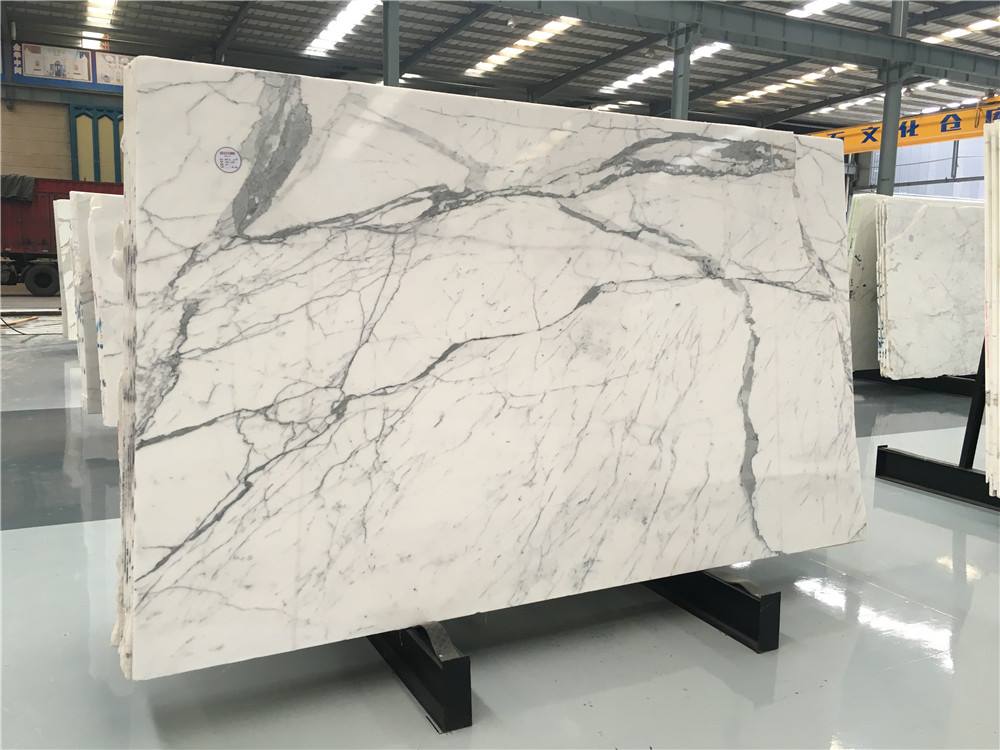 A small American state keeps deposits of light marble, which is highly durable. The quarries are located near the city of Rutland, mining has been carried out since the end of the 19th century. Vermont marble veneers many administrative buildings – the Capitol in West Virginia, in Oregon, the Supreme Court building, etc.

Vermont is world-famous not only for its white marble but also for the largest museum in Proctor dedicated to this stone.

The field, located in the north of the Cuban island of Youthud, has been actively developed since the end of the 20th century. Quarrying began with the participation of American investors, today Cuban industrialists are engaged in it.

A dark-gray fine-grained stone is mined here for finishing work. Most of it is exported.

The largest deposit in the Central Asian countries is adjacent to the village of Gazgan and the city of Nurat. Pink, cream, yellow, gray, and black marbles are mined here. The stone is actively used in construction in the region, some Tashkent, Moscow, Kharkov metro stations are lined with it. 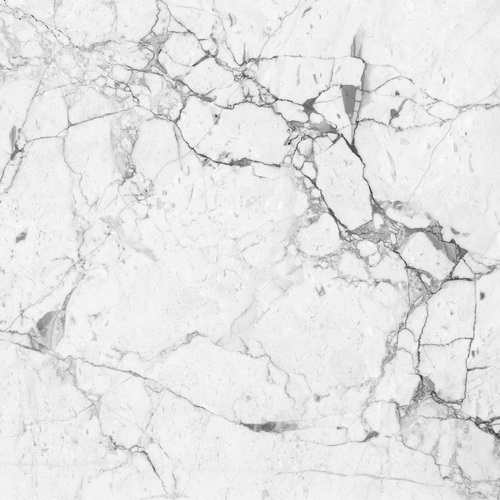 The field is located near the village of Delovoe, Rakhiv district, Transcarpathian region. The extraction of marble blocks of different shades has been carried out since 1947. The industrial potential of the mining company includes the production of crushed marble and flour, which are actively used in the construction industry.

There are many marble deposits in the world that cannot be contained in one article. But no matter what kind of stone, it personifies the boundless generosity of nature in respectable interiors, facade cladding of houses and office buildings, in architectural and landscape ensembles. 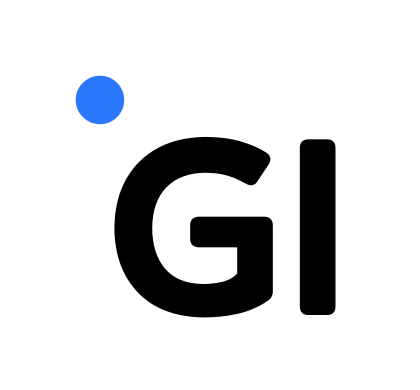 When renovating an old house, the kitchen and bathrooms are given the most attention for obvious reasons. Updating the kitchen is important if you...
Modern

How to Plan Home Interiors: A Step-by-Step Guide

How to Plan Home Interiors: A Step-by-Step Guide If you are looking for guidance on how to create a cozy home interior, you have come...
Modern

White marble in the interior of the house

Interior decoration with white marble is not cheap, but its presence in the house is considered a sign of good taste. This is a versatile...
Brand

Minimalist Kitchen The original kitchen in the style of minimalism will decorate the apartment and the house. The project can be implemented both in a...
Countertops

The kitchen is the heart of any home. This room is intended for close guests, cordial conversations, and family gatherings. Every small detail of... 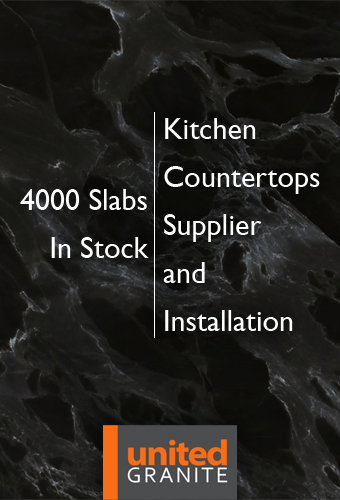 Previous article
White marble in the interior of the house
Next article
How to Plan Home Interiors: A Step-by-Step Guide

As our name suggests, we are here to provide innovative and cutting-edge ideas for granite, quartz countertops. We include international designs, innovative architectures, inspiring decorating ideas, everything you need to create a cutting-edge home or business.